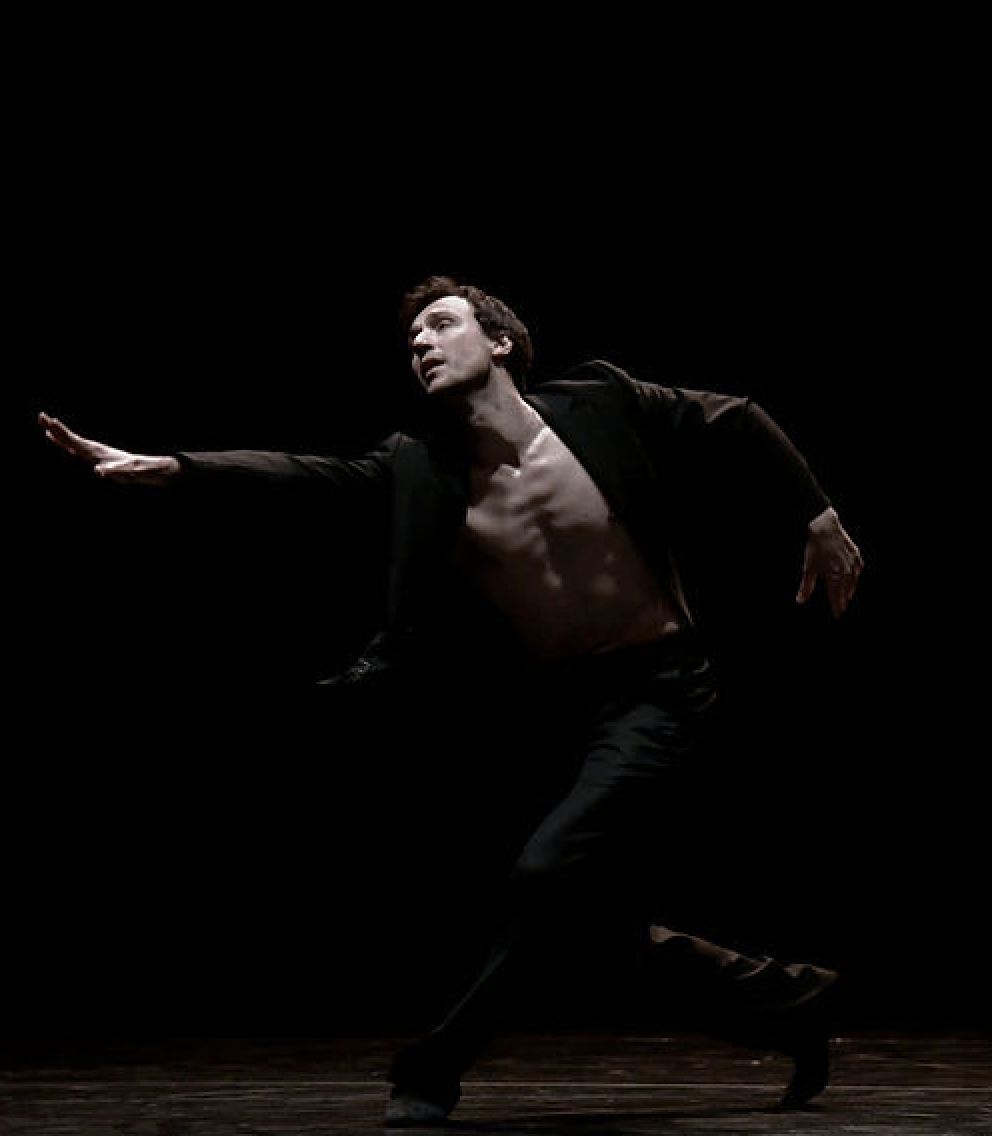 He joined The Greek National Opera Ballet in 2001and in 2007 he became a Principal dancer under the ballet direction of Irek Mohametov. 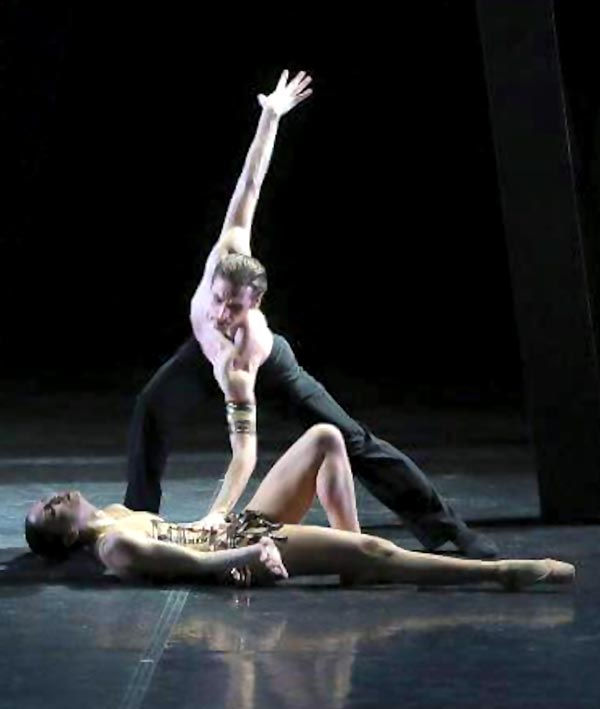 Marco Fagioli began his professional career as a company member in 2002 with the “Arena die Verona Foundation”. Later he performed as a soloist and principal dancer in important roles from Swan Lake, Don Quixote, Romeo and Juliet (Amedeo Amodio), Firebird (Renato Zanella), and many more.

In the Arena de Verona he performed as a soloist for Franco Zeffirelli’s “Aida”, choreographed by Vladimir Vassiliev, and “Turandot”, choreographed by Grazia Garofoli. In 2004 he participated in Swan Lake with the English National Ballet at the Royal Albert Hall in London. From 2016 – 2018 Marco performed the leading roles in Nutcracker, Coppélia, Carmen (Amedeo Amodio) and Mediterranée (Mauro Bigonzetti) for the company of Daniele Cipriani. He is currently performing as a principal guest artist in several venues.

Giordano Bozza, a native from Taranto, Italy who grew up in Rome. He started ballet at the age of ten at the Dansepartout Dance School under the direction of Luc Bouy and Gaetano Petrosino. In 2009 he won the Anita Bucchi award from the National Theatre of Rome and a scholarship from the Royal Ballet School in London.

Giordano studied at John Neumeier’s Hamburg Ballet School and later at the Palucca University of Dance in Dresden. He has been a former soloist at the Moravian- Silesian Ballet in the Czech Republic, performing leading roles in the classical and modern repertoire.

In 2016 he was a candidate for the Thalia award as “Best Male Dancer” for his performance in the role of Puck from ” A Midsummer Night’s Dream, directed and choreographed by Youri Vamos. In 2017 he performed at the Arena di Verona as well as being part of Carla Fracci’s dance projects. In 2018 he joined the Greek National Opera Ballet and also performed in numerous galas in Albania, Italy, Greece, Czech Republic, and more. 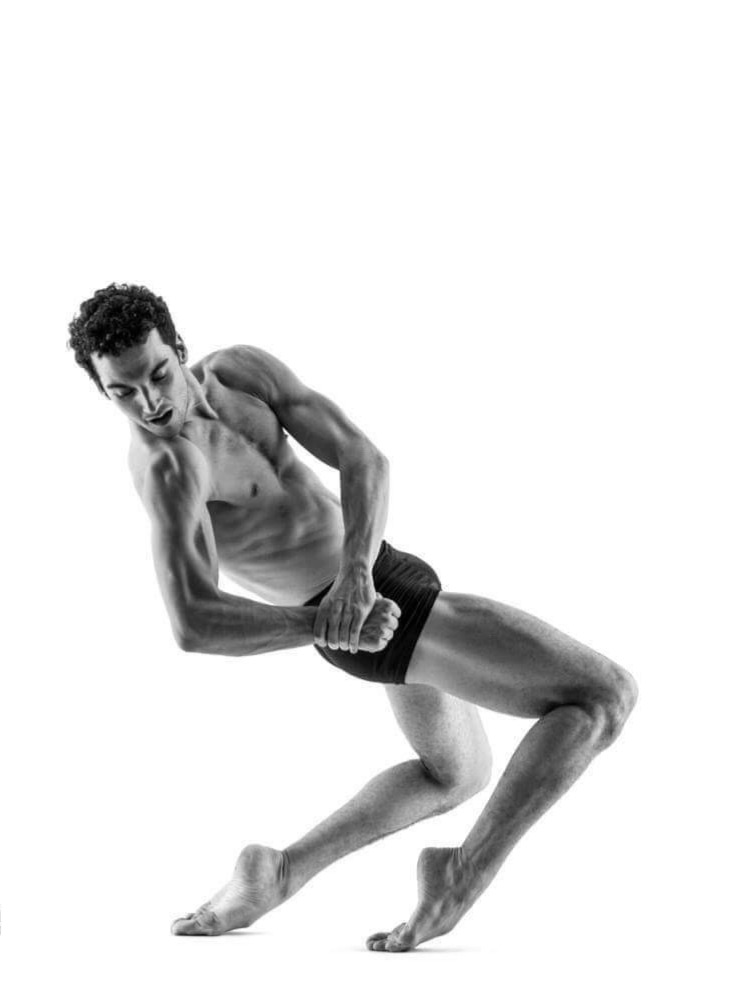 Lorenzo Pagano is a native of Torino Italy. Currently, he has been a member of the Martha Graham Dance Company in New York for almost a decade embodying the most iconic male Principal Dancer roles of the repertory (Appalachian Spring, Cave of the Heart, Diversion of Angels, Embattled Garden, and Night Journey to name a few).

Lorenzo Pagano had the honor to perform for the Former Haitian President in Port-au-Prince Haiti and danced in international venues such as New York City Center, Solomon Guggenheim Museum Theatre, Beijing Opera House, Paris Opera Palais Garnier, Teatro Real in Madrid, Alexandrinsky Theatre in San Petersburg and Herodes Atticus in Athens among others. In July 2016 Pagano was honored with the Italian International Dance Award as “Male Rising Star”. 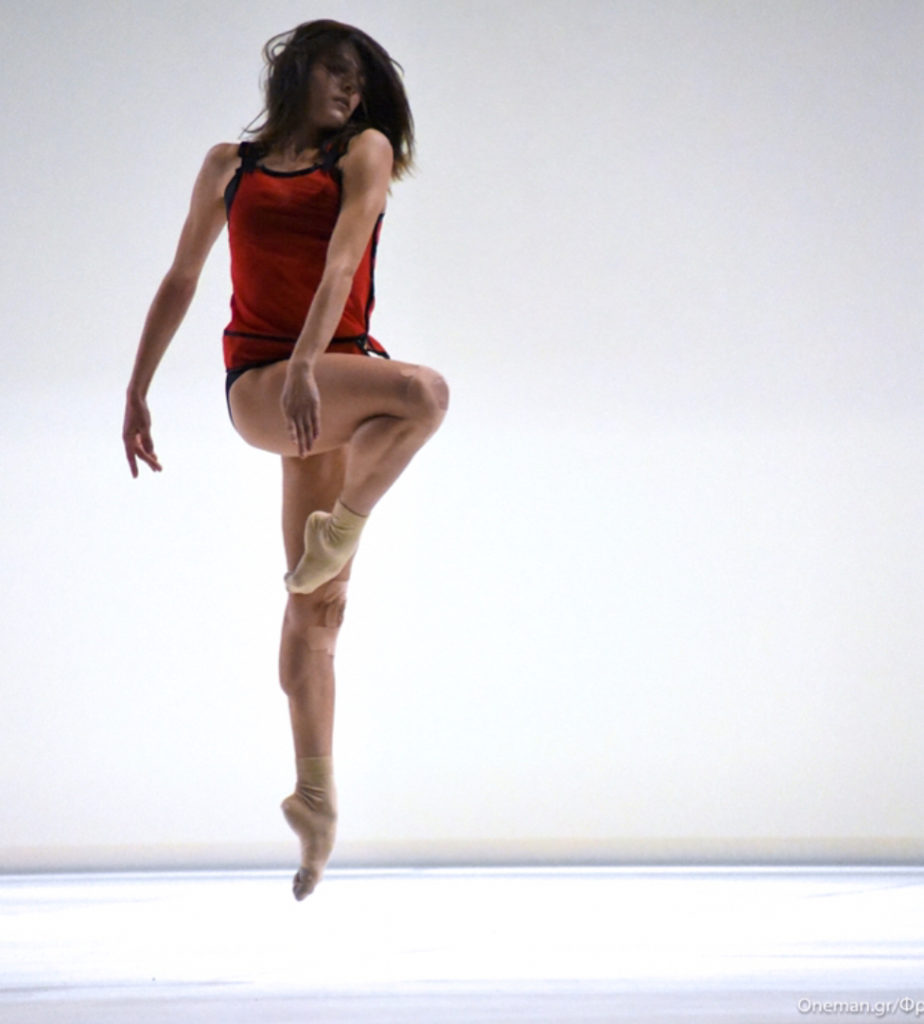 Born in Athens, Elena Kekkou was a member of the National Rhythmic Gymnastics Team (2000/03) and graduated from the Professional Dance School of the Greek National Opera. 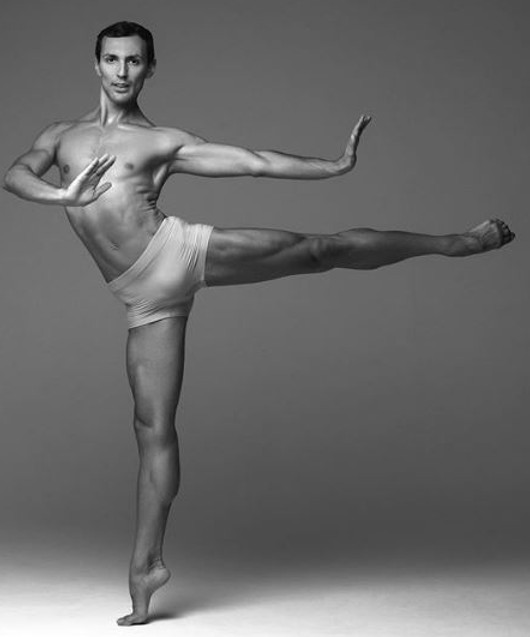 Gabriel Stoyanov is originally from Bulgaria where he has graduated from the National School of Dance Art in Sofia. He is currently in his last year of the prestigious National Music Academy „Pancho Vladigerov“ in Sofia, immersing himself in the topic of Ballet Pedagogy. Also, Gabriel has performed throughout Poland and is presently working as a guest artist, model, and acclaimed teacher where he is coaching young talents. 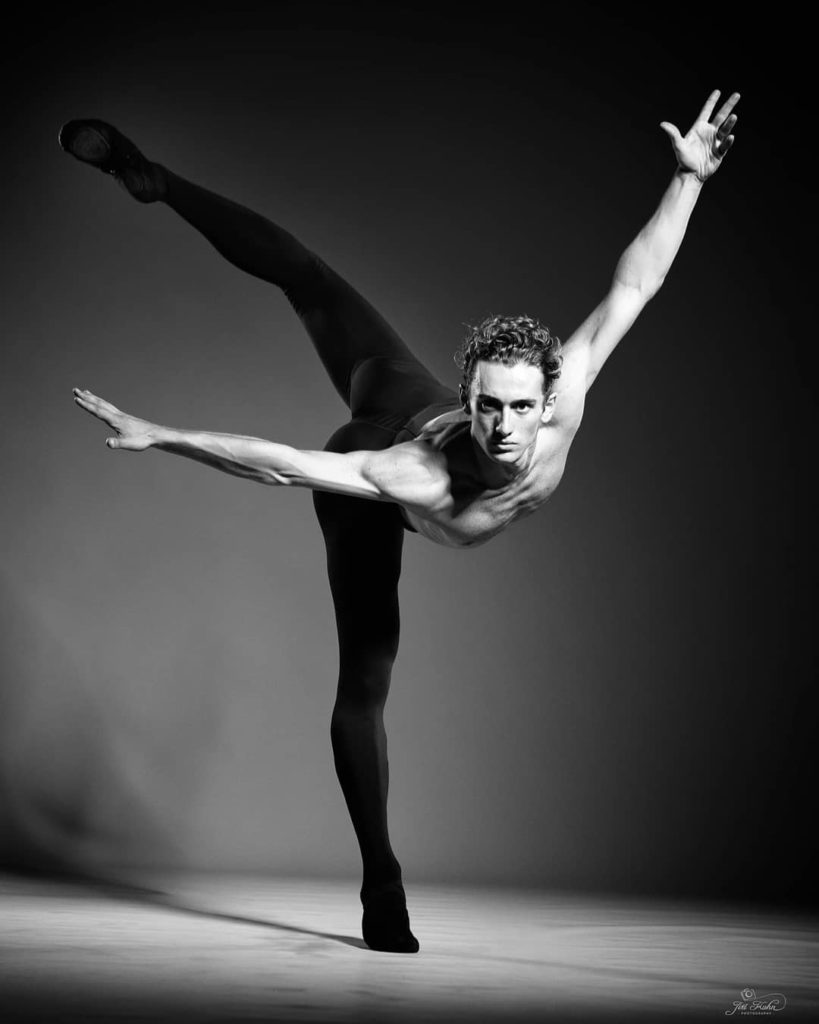 Antonio completed his studies at the National Dance Academy of Rome. From 2017 he became a member of the company at the Arena di Verona, Teatro Massimo di Palermo, Landestheater Innsbruck, Moravian Silesian Divadlo and Teatro Bellini di Catania .

Antonio also has had the experience to work with numerous prestigious choreographers in their creations including:

During his season at Teatro Bellini di Catania he was performing as a soloist in Don Quixote (Espada), and Swan Lake (Siegfried) from Gino Potente.

He also performed in specific Galas at the Arena di Verona:
Galà Verdi choreography from Luc Bouy, Galà Domingo from Giuseppe Picone, and Galà Bocelli from Luc Bouy.  Antonio is presently a guest artist in several venues performing roles created for him. 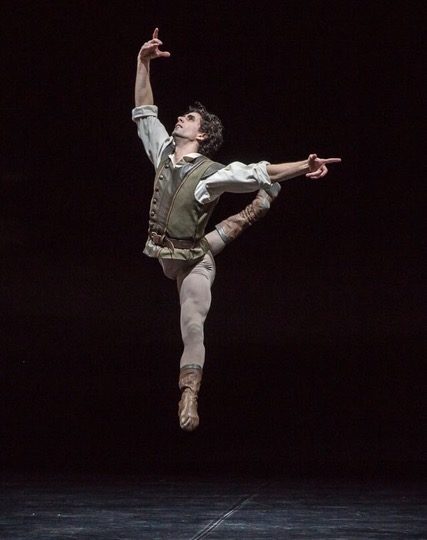 Filipe Portugal began his dance studies at the National Conservatory in Lisbon, Portugal with Georges Garcia as his main mentor. After his graduation he was invited by the director Jorge Salavisa to join the National Ballet of Portugal, starting his career as a professional dancer.

He made his choreographic debut in Portugal for a choreographic workshop with the piece „Anfractus”, which was the one chosen to be part of the Company’s repertoire. Later, already in Zurich, he began creating pieces for the Ballet Zürich and the Junior Ballet under the direction of Heinz Spoerli and later Christian Spuck. Always having the enormous support of his directors, he created more than 10 pieces for Zurich, but was also able to start creating abroad. In 2018 he made his North American debut with „Stepping Over” for Ballet Charlotte, which was also performed with Ballet Ireland.

For Noverre-Young Choreographers he created for the dancers of the Stuttgart Ballet the piece „Heavy Lightness”.„Thoughts of a Silent Night” created for Shanghai Ballet, „Reecontres” for Cannes Junior Ballet, „Teu Corpo Meu Eco” for Nacional Ballet of Portugal, „Shelter” together with Stephen Delattre for Delattre Dance Company among others.

Filipe continues to perform as a principal guest artist for various venues as well as choreographing internationally. 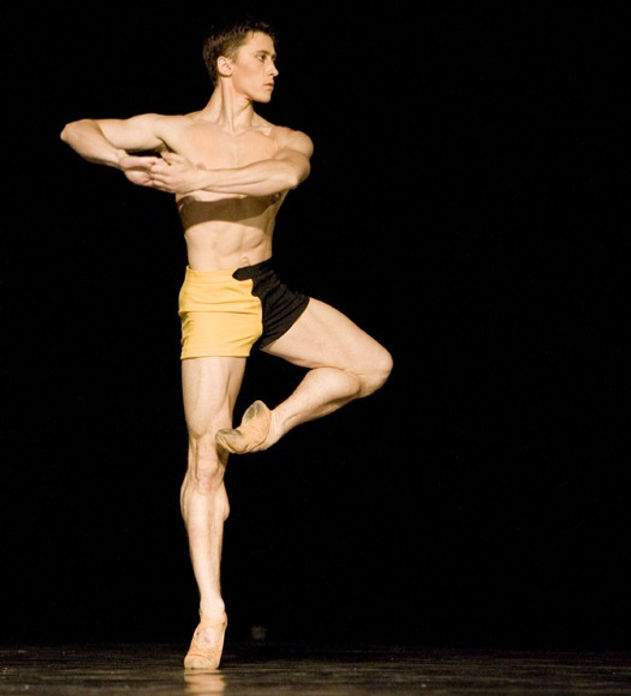 Arman got his training in the Armenian Ballet School. He started his professional career in 2001 with the Israel Ballet Company and joined in 2002 the Junior Ballet Company in Zurich. 2004 he continued with the Zürich Ballet Company where he has been promoted to a principal dancer in 2007. 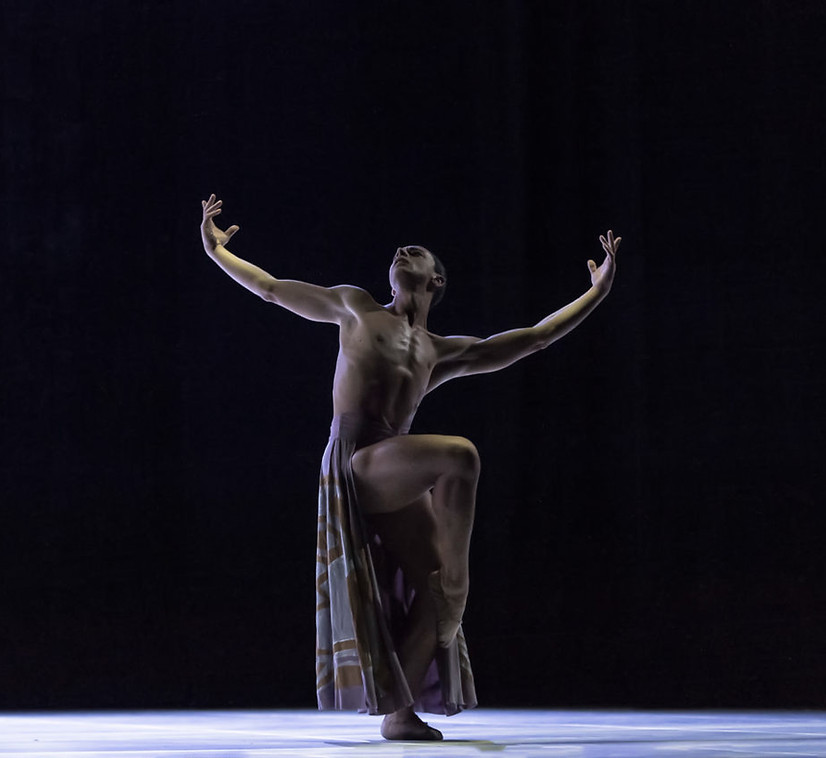 Danilo began his training at the National Academy of Dance in Rome. In 1995 he received a scholarship for the Royal Ballet School in London and in 1996 he pursued his studies at the School of Teatro Alla Scala, Milan.

In 1998 he started his professional career in the National Ballet of Marseille. Under the direction of M.C. Pietragalla he performed in “Who Cares” (G. Balanchine), “Romeo and Juliet” (R. Van Danzig), “Les Adomptes” (C. Broumachon), to mention a few. In 2006 he performed the principal role in “A Midsummer Night’s Dream” with Teatro Real, Madrid. 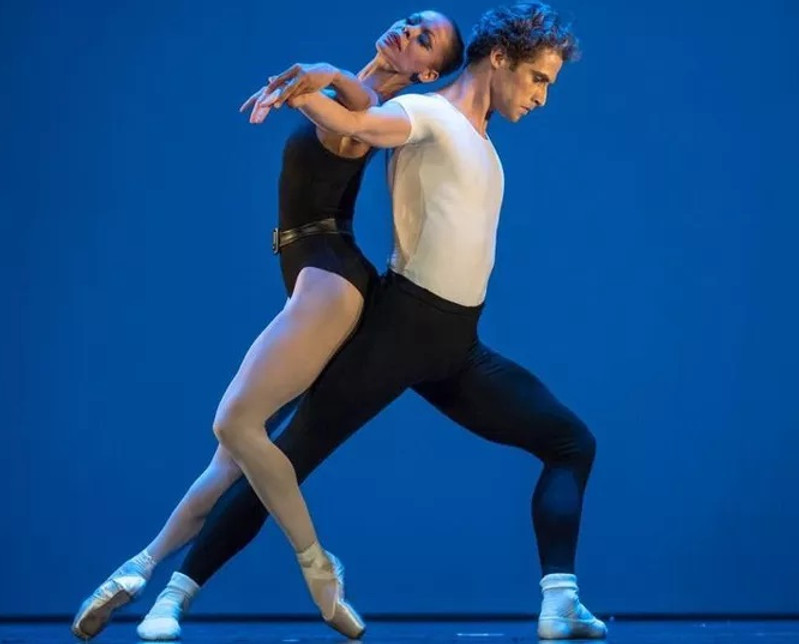 Born in Naples in 1989, he was very young when he joined the Teatro San Carlo Ballet School in Naples and it has been the former dancer and now teacher Anna Razzi, the first who noticed his talent and potential as a classical dancer. Razzi selected him for his first main role as a student: the prince in “Snow White“.

In 2006 the critic and historian Alberto Testa suggested him as Revelation Dancer for the prestigious Positano award that he won by dancing the role of Prince Desirée, of the ballet “Sleeping Beauty“, in the complex and demanding choreography by Rudolf Nureyev. At this stage, he also danced the role of Oberon in “The Summer Night Dream“, at the Teatro San Carlo, is already recognized for the second time by critics as a promise and a revelation of the Italian male ballet of his generation.

Just graduated with honors in 2007, Carla Fracci invited him to join the Ballet of the Rome Opera who was then headed by the “grande dame” of Italian classical dance. There he danced all the major academic-classical ballet repertoire. At the same time, he started to be guest on numerous international dance galas and expanded his repertoire.